by Francesca Fortini LA REVE PR & ADV “published on Modadivas.com on August 26th 2016“
material research and info by Giuseppe Spena . in collaboration with Laura Branigan Forever
www.facebook.com/LauraBraniganForever
Laura Branigan: a name that perhaps for many of you is almost unknown or, for others, simply attributed to only three songs by the great success, the English version of the songs “Gloria” and “Ti Amo” by Umberto Tozzi and “Self Control” by Raf.


Laura Branigan was a pop singer from the extraordinary career, her famous songs were also many others, she lives the eighties entirely as the protagonist and her song “Imagination” became part of the  movie soundtrack “Flashdance“. With her vocal chords as a “fiddle” and her heart as a “piano” she was likened to one of the most famous voices of all time: Celine Dion. By Irish heritage, everyone knows that Laura Branigan was born in 1957 but, in reality, she was born in 1952, this was a strategy to attract a younger audience to which her songs were dedicated. Her younger brother Billy Branigan, instead, really was born in 1957 and not being twins is clear that they could not be born in the same year! Today, July 3rd, 2016, Laura Branigan would have turned 64 years, we want to dedicate to her mother, to her loved ones, to her friends and to her fans, but especially to her, this article and the research that has allowed us to write it, for which we were lucky enough to have precious, personal info and tips directly from woman who was her assistant until the last days of her life. The first time that Laura appeared in a newspaper was in February 1952 because her mother, already pregnant, had an automobile accident.

Fortunately she reported only minor injuries, the fracture of the ribs and an ankle but no problem for the child in the womb. Laura Branigan loved very much coming to Italy, loved to travel and meet people from around the world. Her big heart along with that her ability to transcend the space between the audience and the stage have made she so unique and forever “blazoned”. During an interview with the Italian weekly “Il Monello“, Laura Branigan had stated that her greatest fear was to lose a loved one, she often spoke of her grandparents, family members and closest friends. She was a much emotional and sensitive person , Laura showed the first signs of pain when lost her father and, after a short time, her brother James, “Jim Jr. “Laura, as she sang, she stroked the hair often pulling them back, and if it was a song very rhythmic as Self Control or Satisfaction vigorously raised a leg and showed her fists opening her arms first one side and then the other. She didn’t like to sing in playback and when she was accompanied by an orchestra or a band that was not her she felt almost foreign, as if something was missing, she had a great tune with her group for which she felt, of course, sincere affection.


In 1991 she was a guest at the Sanremo Festival (someone will remember that at that time the singers were accompanied by a foreign artist), and, that year, it was Laura Branigan to accompany a young Fiordaliso in Don’t Walk Away (Il Mare Più Grande Che C’è). For us it would be easier and perhaps more correct to propose a video in which Laura Branigan sings Self Control, or one of her many concerts from which shines through all her energy, instead we chose one that shows a part very emotional and poignant. In almost all movies of her songs and concerts you will always see she smiling, cheerful and lively, in this, on the contrary, you see, for the first time, Laura who is proven by the pain. We can deduce that it was one of the scheduled  concerts and therefore could not be canceled, not only for contractual reasons but also because Laura was very fond to her audience. A difficult time for Laura because she had received the sad news of her husband’s illness, Larry Kruteck: a colon cancer that would grant him only two months to live. In 1996 Larry died and for Laura the pain was so strong and “unmanageable” that she closes in herself and ceases to perform. In a few years Laura lost many fans but we don’t believe this is due to their loyalty, she just didn’t any more shows to her much loved audience. Laura had many fans around the world, especially in Chile, and repeated often as the Chilean public was fond of her. Some years later she returned in the international scene released some interviews with a slight smile, but even more evident were the signs of the deep suffering she had lived. In early 2001 Laura Branigan’s return to the stage was postponed when she broke both of her femurs in a 10-foot fall from a ladder while hanging wisteria outside her three-bedroom lakeside home in Westchester County, New York, which landed her in physical therapy for six months. In 2002 Laura Branigan performed twice as the “singing” Janis Joplin in the off-Broadway musical Love, Janis, before dropping out of the show.

“I left Janis because the producers didn’t file with Equity properly,” she told the Sunday News in Lancaster, Pennsylvania. “I was sort of relieved. My voice isn’t anything like Janis Joplin’s, and there were 19 of her songs in the show.” Subsequently she started working on a new album, she wants to do everything herself and this will take a long time …Laura, not wanting to make use of no label, creates the online fan club Laura Branigan, which would have enabled the release and distribution of the new CD directly from the website. Laura had tried the distribution for years. The album, however, remains unfinished, and, after her death, was released the CD called “Remember Me,” which includes the new songs: “I can see again,” “The winner takes it all,” “If that’s what it takes,” “I know you by heart,” “The challenge,” “Gloria 2004” (which has all new vocals), and a new remix of “Self Control”.


The last live concert by Laura Branigan took place at the Mohegan Sun Casino Cabaret Theatre, dating back to January 2004, year during which Laura began having severe headaches due, probably, to a set of factors in addition to a genetic problem: the pain for the death of her husband, a life full of successes but also of ups and downs, a career on stage that involves physical fatigue and high stress to manage without the help of the beloved. Laura Branigan had suffered much, just looking into her eyes was understood that she was a fragile and sensitive person. Laura Branigan died while sleeping, without suffering, as if she had finally found peace alongside his Larry, smiling, even as she is doing now by reading this article. Laura Branigan died on August 26th 2004, in her apartment, due to an undiagnosed brain aneurysm.


Her ashes were scattered in the Long Island Sound, and the next 12th and 14th of August there will be the “Spirit Of Love Memorial Gathering 2016” to Hilton Garden Inn Islip/MacArthur Airport, Ronkonkoma (Long Island), New York. If you are in the United States and near New York you can participate in the commemoration event, considering that you can assist only by purchasing the ticket, otherwise you will remember her as she was and keep her in the heart, confident that she will be there with you, she will listen to you like she always did with her fans. If Laura Branigan was still alive we will not be here to talk about all this, but of one her new success, confident that with her grit and determination would gifted us another wonderful song. Video by: Laura Branigan Forever. In memory of Laura Branigan 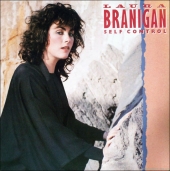 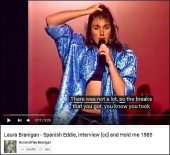 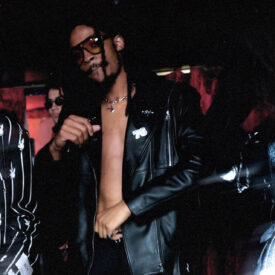 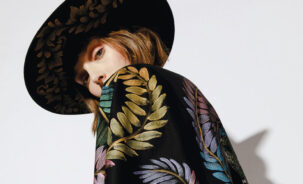 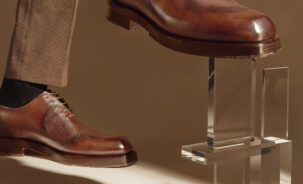 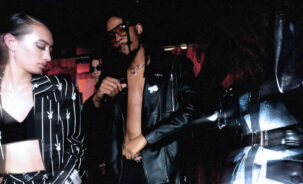 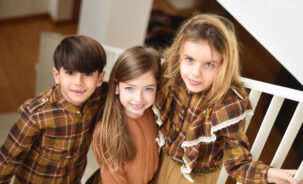 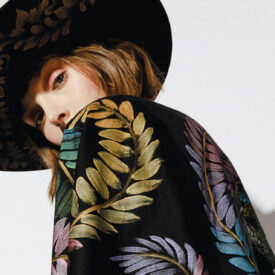 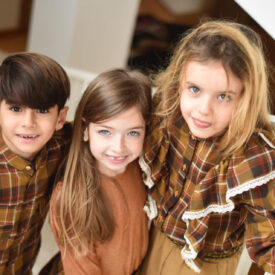 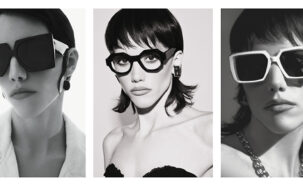 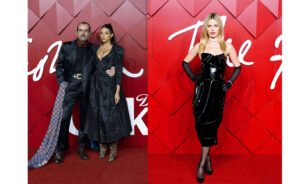