Skip to content (Press Enter)
Home>News>International Couture Fashion Show: styles and creativity from the world parade on the catwalk in Altaroma and enchant everyone present

The unusual charm and refined taste of the couture creations of A’biddikkia, Baroqco Jewelry, Marcela de Cala, Missaki Couture and Natasha Pavluchenko, during the Fashion show organized by the Istituto Culturale Italo Libanese.

P.Rew: Alessia Piccioni photo by Pietro Piacenti & Maurizio Romani
A parade that was like an evocative journey through the countries and cultures of the world, enchanting everyone present. The International Couture Fashion Show was held on Friday 24 January as part of ALTAROMA, the Roman Fashion Week, organized by Maria Christina Rigano, Director of the Istituto Culturale Italo Libanese.

A’biddikkia, Baroqco Jewelry, Marcela de Cala, Missaki Couture and Natasha Pavluchenko. International designers of great talent have shown their couture creations on the catwalk, united by the common thread of mystical beauty, which knows no geographical or cultural boundaries.

To open the show, the tribute to the city of Tursi-Matera and Maria di Anglona, honored by the Polish designer Natasha Pavluchenko with the collection entitled “Maria Anglona“, testimony of how history influences and spurs fashion. Natasha Pavluchenko was struck by the beauty of the Virgin of Anglona, by the city of Tursi and her in the historic center together with the collegiate church of Santa Maria Maggiore in Rabatana. On the Altaroma walkway 15 creations inspired by the “Altarpiece Altarpiece” dating back to 1700 and placed today next to the Virgin. A delegation from Basilicata made up of the press and prominent personalities hosted the parade.

A’biddikkia by Giovanna Mandarano confirms the DNA of the Brand, always linked to the Mediterranean taste and influenced by its Panarea. The couture collection entitled “La Rinascita della Moda” presents a succession of 12 dresses with bold hues ranging from red to green to purple recalling the flashy bow with sinuous cuts that highlight the female silhouette with the addition of some details that recall the Baroque style. An exceptional model will be the Testimonial of the Brand A’biddikkia directly from Dancing with the Stars the beautiful blonde Veera Kinnunem.

La Rinascita della Moda ”is fabled by a mix of fine fabrics in bright colors that always remind the native land of the designer. High quality fabrics and manufacturing, all made in Italy. 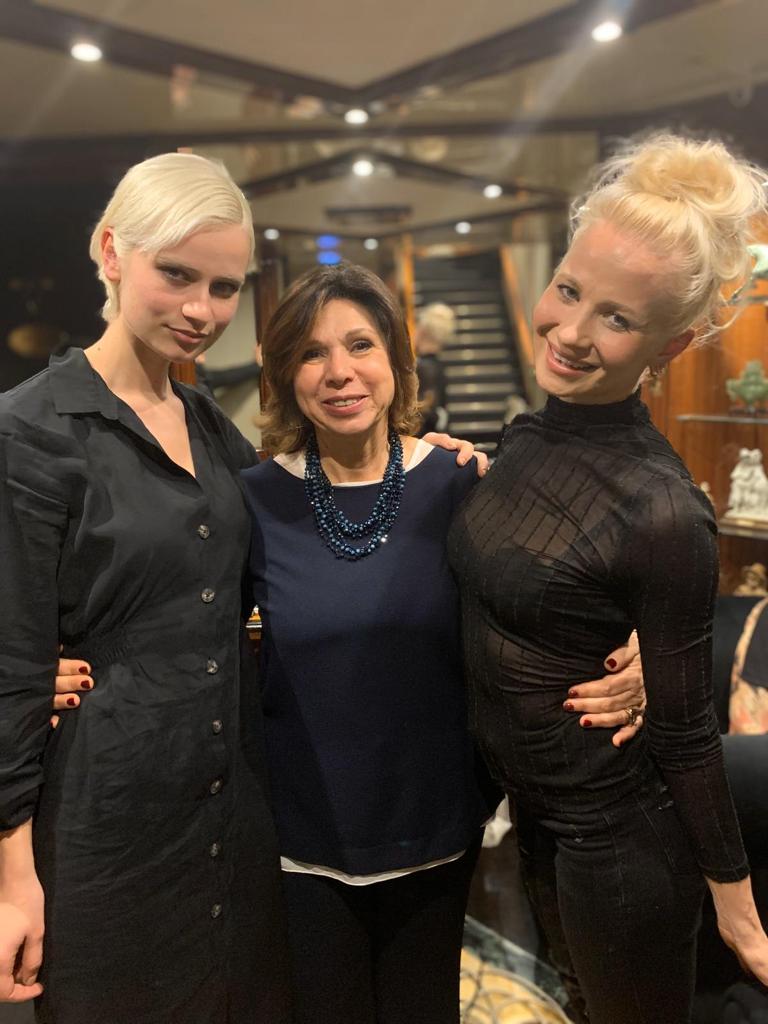 Missaki Couture makes odalisques dream with “Cyra“. Greece with its beauty and colors is the source of inspiration for the Lebanese designer and thus also becomes the title of Missak Farassian’s couture collection presented in Altaroma on the International Couture catwalk. 20 evening dresses in pastel colors shine, black always present, inevitable for the ceremony and in the final the wedding dress. Styles and embroidery draw a royal silhouette and convey a sense of inner leadership and a strong desire to take care of the details.

The celestial jewels from the Baroqco “Stairways to Heaven” collection elevate the soul of the woman who wears them. Ten princely sets parade together with the neo-couture clothes of Natasha Pavluchenko that give a modern and casual aura to crowns and sculptural jewels. A pure beauty emerges from unique jewels, handmade and specially made to parade on the Altaroma catwalk.

The “Stairways to Heaven” collection was created inspired by the idea of how to be closer to God, thanks to the purity of the Soul that allows us to rise above the restless world in which we live. The soul close to God is pure and beautiful. Made of precious metals plated in 24 carat gold, combining decorations and embellishments with the application of Swarovski elements and semi-precious stones that come from Indonesia and Brazil.

In the grand finale the “Vieira” of Marcela de Cala, inspired by the myths and stories of the famous Vieira of Santiago de Compostela. It is said that La Vieira was a metaphor for helping people find the right way forward. Marcela de Cala presents a collection of 20 shamelessly feminine wedding dresses. Perfect for those who want to shine on the most important day of their life without renouncing elegance, garments characterized by beads, sequins and inserts of all kinds that combined with tulle and lace create a dreamy light effect.

The “Vieira” collection symbolizes the beginning of a beautiful journey that lands on the Altaroma catwalk. “Vieira” is full of nuances, interwoven white embroidery and wildly romantic ingenious layering that seeks to capture the essence of the story hidden behind the shell. The shape of the shell played an important role by giving volume to the clothes and flaunting a silhouette with the refined ornaments of shells and pearls.

The make-up of the models was curated by MUA Pablo, art director Face Place Make-up Academy by Pablo Gil Cagnè, and by his staff. The hair style was entrusted to Professional Sebastian under the direction of the art director Giovanni Salerno. Rugantino shoes, on the other hand, were supplied by Alessi & Alessi. Casting and Production Management by Eleonora Eutizi.

Maria Cristina Rigano is an Event Manager & Press Agent specialized in the fashion sector. Mother tongue in Arabic, French and Italian with a good knowledge of English, she has curated numerous fashion weeks all over the world. She is the creator and organizer of the “International Couture” Fashion Show event included in the official calendar of the ALTAROMA Capitoline Fashion Week. He is currently also a professor at the UNINT University in Terminology of Fashion and Food and Wine at FIT. 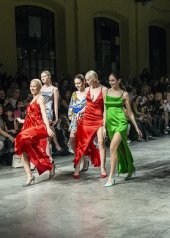 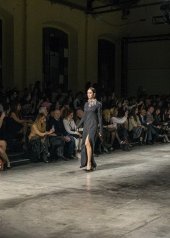 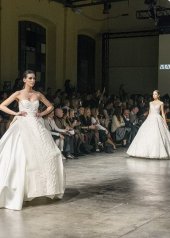 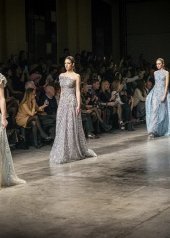 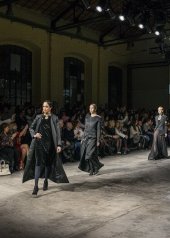 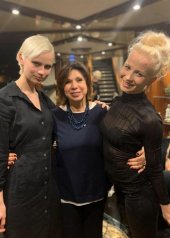 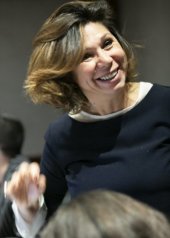 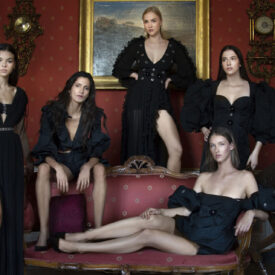 Not only eccentric colors and rich floral prints, in the Salvatore Piccione collection we find the must-have of every wardrobe: the Total looks 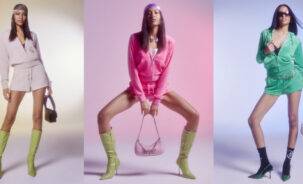 Juicy Couture returns to sparkle with the Spring Summer 2023 collection

Juicy Couture returns for the 2023 season and is ready to spark the Italian and European market thanks to a new generation of Juicy girls who are falling in love with the brand’s inimitable comfy-cool interpretation. 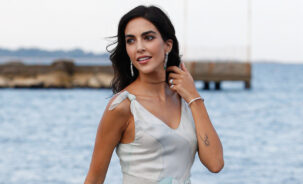 If  Venice Film Festival has made you dream, you cannot miss our style recap! We observed all the looks that walked on the red carpet but also those worn for the arrival in Venice. 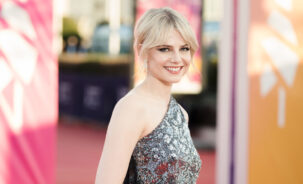 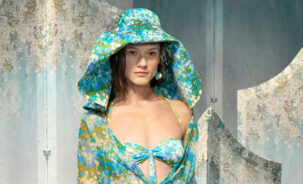 The wave that enters the soul, shakes emotions, breaks and refracts light. A gentle and impetuous movement like that which for Luisa Beccaria takes shape in the Spring Summer 2023 woman; a dynamic woman who – of life 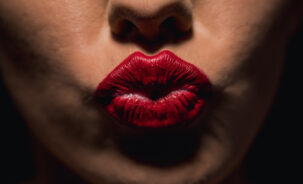 Lips makeup: how to use lip gloss

There is a better way that will allow you to get a more precise, lasting and beautiful lip makeup. Let’s find out how to use lip gloss correctly!

If  Venice Film Festival has made you dream, you cannot miss our style recap! We observed all the looks that walked on the red carpet but also those worn for the arrival in Venice.

Not only eccentric colors and rich floral prints, in the Salvatore Piccione collection we find the must-have of every wardrobe: the Total looks 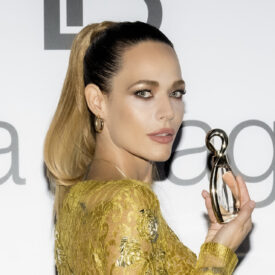 Lips makeup: how to use lip gloss

There is a better way that will allow you to get a more precise, lasting and beautiful lip makeup. Let’s find out how to use lip gloss correctly! 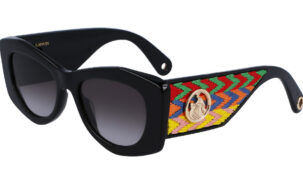 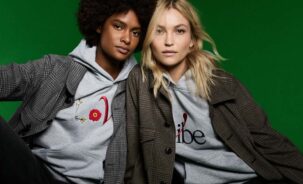 Here come the new VitoVi sweatshirts that will accompany you through the autumn season: soft and comfortable and in good spirits