Shira Haas about wearing Chanel haute couture Shira Haas about:
“I’ve known and loved Chanel for as long as I can remember. When I was a teenager, I was already in awe of the outfits, the craftsmanship, the perfume – L’Eau Numéro 5 is actually one of the two perfumes I wear – I was always a fan of the brand. And when the Emmy nomination for Unorthodox came, it was obvious to me I wanted to wear Chanel.  I was so happy and honored my dream came true.”


“This Haute Couture dress was my immediate choice. It captured my eyes instantly; you see some skin but you can tell there is so much effort even on the smallest details. It’s such an interesting and edgy dress, yet very classic and elegant. It’s the perfect combination of something very chic and cool at the same time. And as it is Haute Couture, I feel grateful and lucky to be able to wear it. This dress is kind of my definition of a fashion love story.”

“When I was told the dress had requested more than 1,200 hours of work, I was stunned. But when it arrived to Israel, which was challenging, I know, I could see it immediately why. Everything is handmade: every embroidered flower, every pearl, even the smallest detail, you can tell someone worked so much on it. This is what luxury is. For me it’s like when a movie or a TV serie is made out of love from its director, it becomes true art: this dress is a piece of art to me. It tells a story like a script does. So it made perfect sense I could wear such a dress to an event that shines a light on story tellers.”

“I am very happy and excited for tonight, even though the ceremony is virtual this year. The first time I fitted the Chanel Haute Couture dress made all this feel very real, like a first day on set, when you wear for the first time the costume of your character and you know it is on. And as I am petite, I don’t take it for granted. This Awards show is a celebration, not only for me with my first time Emmy nomination, but for all the people who worked so hard on Unorthodox. The dress is a part of it: it gives this moment its uniqueness.”

Shira Haas about being nominated for the  72nd Emmy Awards:
“Being nominated for Unorthodox was a huge honor. When you work on a project, you are concentrated on telling the story the right way and doing justice to the character you’re playing. And when it finally came out on Netflix, in the middle of lockdown, it touched so many people from different countries, genders, religions… It was amazing and totally unexpected, that’s the best I could wish for. To be nominated for my work on this serie was something I could only dream of, especially alongside so many great actresses, a group including Oscars nominees and winners that I have admired and looked up to for so long. So just to be on the same list as these ladies felt already like winning to me.”

Shira Haas:
Shira Haas is an Israeli actress born in Hod Hasharon in Israel in 1995, a city 30 minutes north from Tel Aviv. She fell in love with acting at 16 while studying theater at the Thelma Yellin High School of the Arts in Givatayim. She got in her first audition after a casting director approached her on Facebook, which led to her first role as the leading actress in the Israeli movie Princess (2014).

“It was like the Narnia door: you open it and you get into a fantastic new world. I fell in love with working on a set, building a character, telling a story. It just grew more and more ever since”, she says. The role won her the awards for Best Actress at both the Jerusalem Film Festival and the Peace & Love Film Festival, as well as a nomination for Best Leading Actress at the Ophir Awards (Israeli Academy Awards). She then starred in many Israeli movies and TV series such as Shtizel, until 2016. Shira Haas made her Hollywood debuts in Natalie Portman’s movie A Tale of Love and Darkness (2015), in Niki Caro’s The Zookeeper’s wife (2017), alongside Jessica Chastain, and in Garth Davis’ Mary Magdalene (2018) with Joaquin Phoenix and Rooney Mara.

But her big international breakthrough came with Netflix TV serie Unorthodox in 2020, which earned her an Emmy Awards nomination for Outstanding Lead Actress in a Limited Series for her performance. In April 2020, she won the Best actress Prize at Tribeca Film festival for her role in Asia directed by Ruthy Pribar. Shira Haas is now represented by Hylda Queally from CAA, the biggest US artistic agency, and she has multiple projects in the work. Shira Haas she currently lives in Tel Aviv. 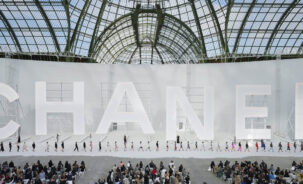 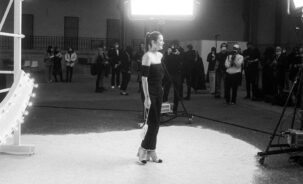 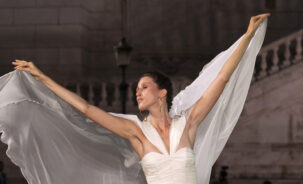 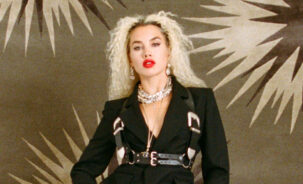