Skip to content (Press Enter)
Home>News>Dance, art, culture and fashion meet in Monaco for the Event of the International Ballet Exams of the “Lorena Baricalla Monte-Carlo Russian Method”

photo by Saverio Chiappalone
Ballet and fashion, over the centuries, have been able to forge an indissoluble bond, building a “dancing” journey that combines two expressions of the universal beautiful.


A swirl of collaborations between great fashion designers and famous dancers: from Coco Chanel to Christian Dior, Jean Paul Gaultier, Azzedine Alaïa, Valentino and the unforgettable Gianni Versace linked by a strong friendship with Maurice Béjart. Two related worlds that meet, made of passion, creativity, charm, sacrifice and dedication. The Event of the International Ballet Exams of the “Méthode Russe de Monte-Carlo de Lorena Baricalla” (“Lorena Baricalla Monte-Carlo Russian Method”) will take place on Saturday 21 and Sunday 22 April 2018 in the prestigious Auditorium Prince Rainier III of Monaco, home of the Philharmonic Orchestra, in the presence of leading figures from the world of dance, art, culture and fashion. The event is being created in association with the Russian Cultural Centre of Monaco and organized by PromoArt Montecarlo Production. 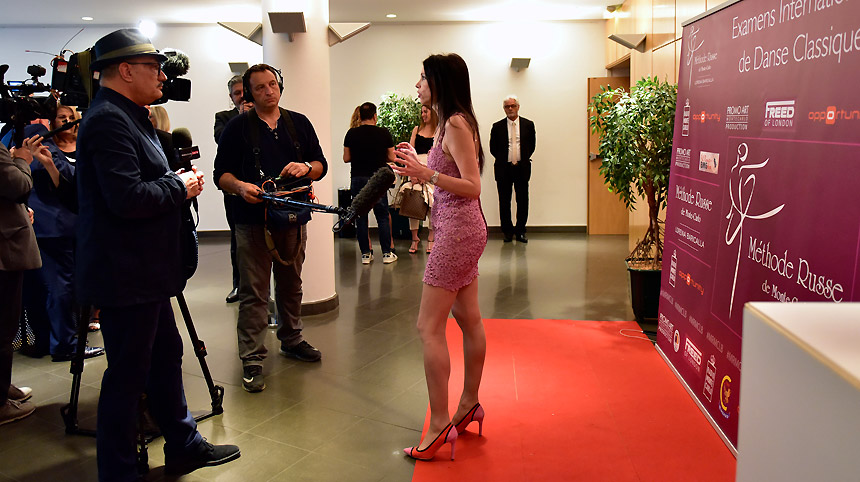 The Juries of the “Method” are always composed of ballet stars. Therefore, in 2016 with prima ballerina Lorena Baricalla we had Marco Pierin, principal dancer at the Scala di Milano and Randy Diamond, principal dancer at the Stuttgart Ballet. Both have been her dancing partners. In 2017 Eric Vu An, principal dancer at the Paris Opera, who was her partner at the Monte-Carlo Ballet in “Scheherazade”, and prima ballerina Luciana Savignano of the Teatro La Scala in Milan. This year she will be joined on the Jury by principal dancer Jozef Varga, who is now performing in classical roles such as “Sleeping Beauty” and “Giselle” and in the modern repertoire at the Het National Ballet for the shows produced by PromoArt Monte-Carlo; and the principal dancer and choreographer Toni Candeloro, guest in international companies such as the Cuba Ballet and the Zurich Opera, partner of C. Fracci, L. Savignano and A. Ferri. As well, Candeloro is a specialist of Ballet Russes repertoire and he owns one of the most important ballet-related collections that has been exhibited at the Russian Art Museum in Saint Petersburg, at the Venice Museum, at the Scala of Milano Museum. Candeloro is also Artistic Director of the “Mikhail Fokine Association”. We will have the attendance of Natalia Bereza, President of the Russian Cultural Centre in Monaco and representative at this event of Her Excellency Ekaterina Semenikhina, the Honorary Russian Consul in the Principality, and His Excellency Cristiano Gallo, Italian Ambassador in the Principality of Monaco.

An Honorary Committee will attend, made up of international artists and well-known figures: Marcos Marin, artist of the Prince Albert II of Monaco Foundation; Serge Liagre, Founder of the “Villa Rosemaine” Haute Couture Vintage Collection; Marketa Hakkinen, fashion designer who has participated in the recent Fashion Weeks in New York, Los Angeles, Paris, and who is the wife of the Formula1 racing driver Mika Hakkinen; artistic agent Martial Benhamou; Fashion PR Francesca Fortini from Milano; painter Doune Roux, from Paris, wife of French singer Corbier; painter Laetitia Duviviez, from Monaco; Krissy Pesciglione-Cuni, CEO of Opportunity, the Principality of Monaco’s social network. As a moment of meeting and artistic exchange, the event aims at conveying to the young dancers the values of art, of culture and of dance – the symbol of stamina and discipline – through positive examples. In parallel to her career developed in 35 countries around the world, the étoile Lorena Baricalla wanted to develop her teaching methodology, according to her artistic and pedagogical experience and the Russian tradition that evolved in Monte-Carlo at the beginning of the 20th century with the creation of the Diaghilev Russian Ballets. Therefore she created the ‘Méthode’ to support young ballet dancers and dance schools, which by being affiliated benefit of an annual academic program and a unique evaluation system which allows the student to be placed in the international ballet panorama according to 14 levels of study. During the event, eleven scholarships, will be granted to deserving young dancers of the Affiliated Schools for the “Method” Workshop in July by: PromoArt Montecarlo Production, Fil Rouge BMG Prod, CTNT Isuzu, Opportunity social network, Mrs. Laetitia Duviviez, Mrs. Doune Roux and Mrs. Marketa Hakkinen, the Russian Cultural Center of Monaco. Renowned brand Freed of London will offer the first pair of point shoes to a little ballerina. As a cultural encounter, the event also includes the exhibition over two days (21 and 22 April) of works of art and historic material:

– “The great Russian artists … from Tchaikovsky to Nijinsky” by the Brazilian artist Marcos Marin. Portraits, painting and sculptures will be exhibited, featuring the dancers Nijinsky, Nureyev and Baryshnikov, and the musicians Tchaikovsky and Glinka. These works were exhibited two years ago at “Manège” at the Kremlin in Moscow and later at the Alexander Burganov Museum in Moscow. (Burganov and Marin are both artists sponsored by the Pierre Cardin Foundation.) The works of art mentioned above will be linked to the portraits of Maria Callas, (who was a frequent guest to the Principality), Pavarotti and other musicians, including the sculpture of Rossini created in 2016 for the opening of the World Season of the San Carlo Theatre in Naples.

– “Portrait of prima ballerina Lorena Baricalla in Carmen and other paintings” by Paris-based artist Doune Roux.

– “Views of Monte Carlo and other paintings” by Monaco artist Laetitia Duviviez.

– “Yves Saint Laurent, master of Haute Couture,” with garments from the “Villa Rosemaine – Haute Couture Vintage” Collection by Serge Liagre. The theatre and fashion have always been firmly linked, and Saint Laurent was a close friend of the choreographer Roland Petit (for whom Liagre was his right hand) and the prima ballerina Zizi Jeanmaire, creating costumes for their shows, as did Hervé Leger and Gianni Versace. The Collection consists of costumes from the 18th and 19th centuries and Haute Couture garments by Dior, Balmain, Fath, Grès, and many others, and has previously been exhibited in New York, Paris …In addition, on the Saturday, the young ballerinas and the adults accompanying them will take part in “Meeting with the Artists” that have been organized with Marcos Marin and Laetitia Duviviez on the theme of Art, and with Francesca Fortini on fashion today and the bond between theatre and the great fashion designers. 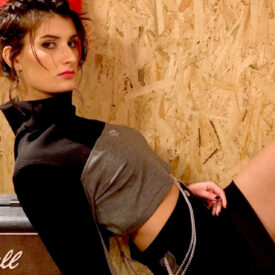 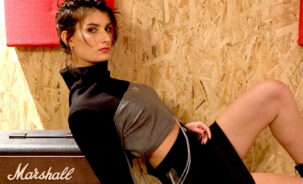 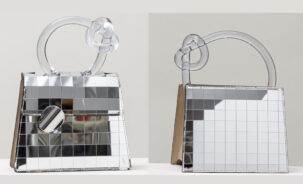 The new mirrored-effect versions of the micro bags made by Benedetta Bruzziches never stop shining. 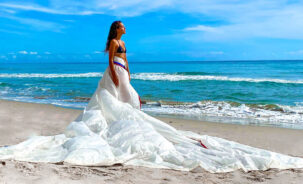 Beach & Cashmere Monaco creates a sustainable collection entirely made with used sails from the Emerald Class 888 of the Yacht Club of Monaco: from recycled sails to glamorous clothes. 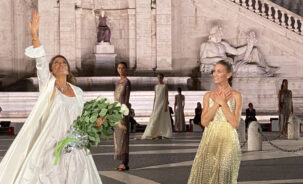 Laura Biagiotti creates the clothes for the corps de ballet of the Teatro dell’Opera di Roma directed by Eleonora Abbagnato in the Suite Barocca. 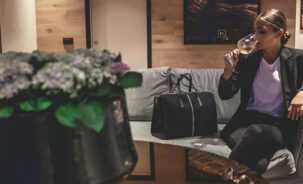 The new Nosetta Fall Winter 2020/21 bags collection marries the intimate scenario predicted by Armani, according to which “people will always want more garments that last”. 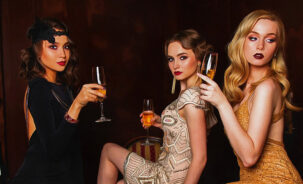 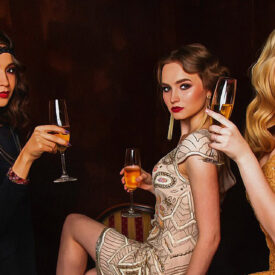